B1- and B1+ have a significant volume change over each vibration cycle which leads to a dual radiating mechanism. Since the area of the plates is small in comparison to the wavelength at these frequencies they radiate much more efficiently if both plates move in opposite directions as much as possible. If they have good volume change they also drive A0 above resonance, puffing air out of the f-holes at the same time as they expand and sucking it in as they contract. Their shapes are both highly dependent on the soundpost, to force the shapes to be asymmetric.

This very strongly radiating mode is usually the source of the dreaded “wolf note) around C-C#. B1+has predominantly cross grain-bending of the back and long-grain bending of the front. The e-side C bout moves in the same direction as the g-side bridge foot. 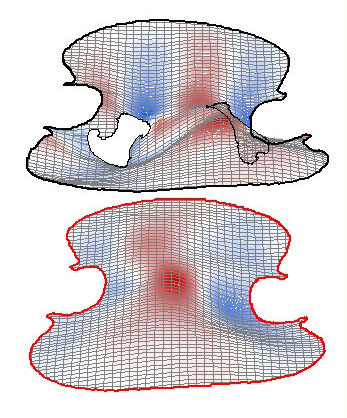 B1+ with X (cross-grain bending) 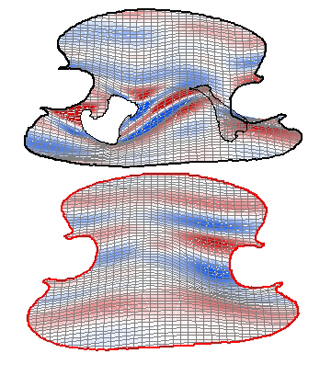 B1+ with Y (long-grain bending) 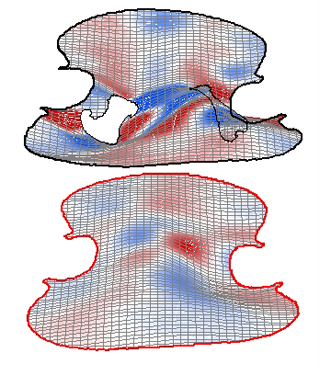